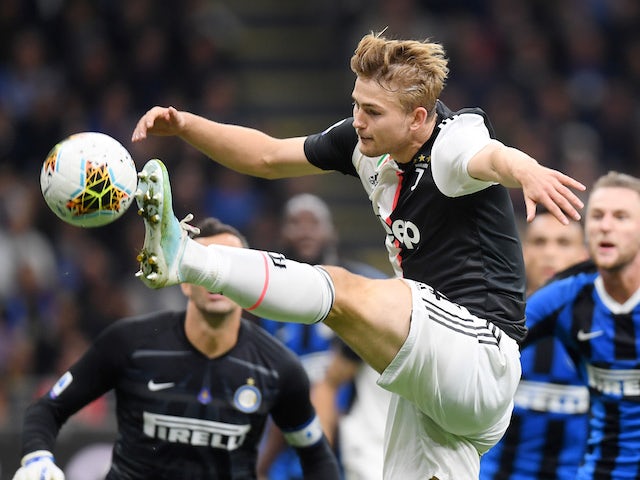 The Catalan giants also have their eye on fellow Juventus players Daniele Rugani and Mattia de Sciglio, identifying a number of Serie A targets for the next campaign.

19-year-old deemed an ‘incredible fit’ for…

According to Mundo Deportivo, Barca would be willing to swap both Samuel Umtiti and Nelson Semedo in deals, with the coronavirus pandemic financially affecting the Spanish champions.

Barcelona have been long-term admirers of De Ligt, with the La Liga outfit showing interest in the 20-year-old before his move to the Old Lady.

With Quique Setien desperate to strengthen the defence of his squad, Skriniar is also a promising option for the manager.

Both defenders have also attracted interest from Premier League side Manchester United.

McTominay reacts to Fred and Matic challenge at Manchester United

Inter & Juventus On High Alert As Chelsea Decide To…

Juventus give up on pursuit of Barcelona midfielder…

Report: Milan defender closing in on exit after three…

‘I Don’t Know Anything About It’ – Porto President…

Report: Trio That Includes Laure Boulleau to Take Over…

Mikel Arteta eager for Arsenal to seal transfer of PSG…

“Pep made it clear that I needed to be out that…

Matondo lifts lid on Sane advice after realising he had…

Report: PSV not interested in swap deal with Milan –…