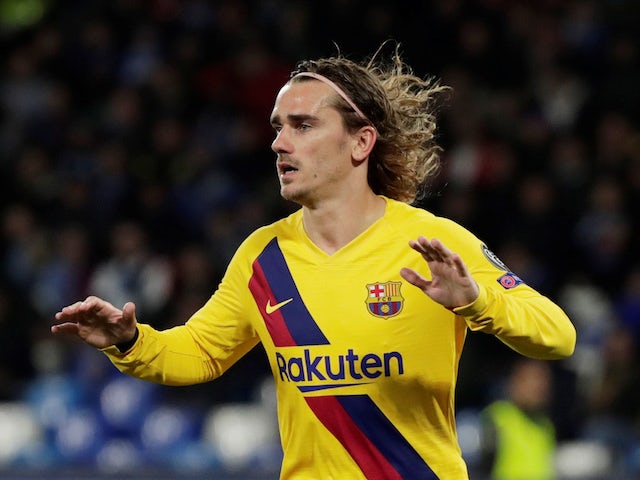 Barcelona are reportedly not prepared to sell Antoine Griezmann this summer.

The 29-year-old joined the Spanish champions from Atletico Madrid last July and has scored 14 times in 37 appearances at club level during the 2019-20 campaign.

The attacker has struggled to show his best form for large parts of the season, though, and a recent report claimed that the Catalan giants would be prepared to sell him for the right price this summer.

Manchester United and Arsenal have both been linked with potential moves for the France international, who has eight La Liga goals to his name during the current season.

However, according to Mundo Deportivo, Barca are not prepared to sell the 2018 World Cup winner under any circumstances ahead of the 2020-21 campaign.

The report claims that Quique Setien‘s side are confident that the attacker will step up his performances in the coming weeks, should the 2019-20 campaign be allowed to safely resume.

Griezmann netted 133 goals in 257 matches for Atletico before arriving at Camp Nou.

Awoniyi Relieved After Scoring First Goal For Mainz , Waiting For Liverpool To Be Crowned Champions

What happened when we ‘signed’ Moussa…

Arsenal follow in the footsteps of Barcelona by making…

Inter & PSG Yet To Agree On Mauro Icardi’s Price Tag…

Man United have been handed fixture boost by Bundesliga…

Chelsea, Arsenal and Tottenham offered the chance to…

Seven Man United players with most to prove when training…