Barcelona Manager Discloses Wish To Coach This Brazilian Superstar: Should Setien Pursue Him?

PARIS, FRANCE – MARCH 11: (FREE FOR EDITORIAL USE) In this handout image provided by UEFA, Neymar of Paris Saint-Germain celebrates victory after the UEFA Champions League round of 16 second leg match between Paris Saint-Germain and Borussia Dortmund at Parc des Princes on March 11, 2020 in Paris, France. The match is played behind closed doors as a precaution against the spread of COVID-19 (Coronavirus). (Photo by UEFA – Handout/UEFA via Getty Images)

Neymar returning to Barcelona has kept the rumour mills busy for a long time now. The Brazilian, who left the Spanish club in 2017, could be destined once again to reunite with Messi at the front of the Catalan club’s line up and set the league ablaze.

Now Barcelona manager Quique Setién has stated that he would be delighted to coach the Brazilian superstar. In an interview with BeIn Sports (as cited by Daily Mail), the Spanish manager has said, “Of course I would like to coach Neymar one day. Fortunately I have been able to fulfill one dream of coaching the best player in the world in Leo [Messi]. What is to come next, we will wait and see but I’m sure I would be delighted, how would I not be.”

Should Neymar return to Barcelona?

After his transfer from Santos in 2013, Neymar had been performing brilliantly in Barca colours. He had formed a lethal partnership with Messi and Suarez, MSN in short. The trio had wreaked havoc in the league and Europe, achieving numerous accolades. The 28-year-old has two La Ligas and one Champions League under his belt, and it had been presumed by one and all that eventually he would be the rightful successor of the Argentine magician. 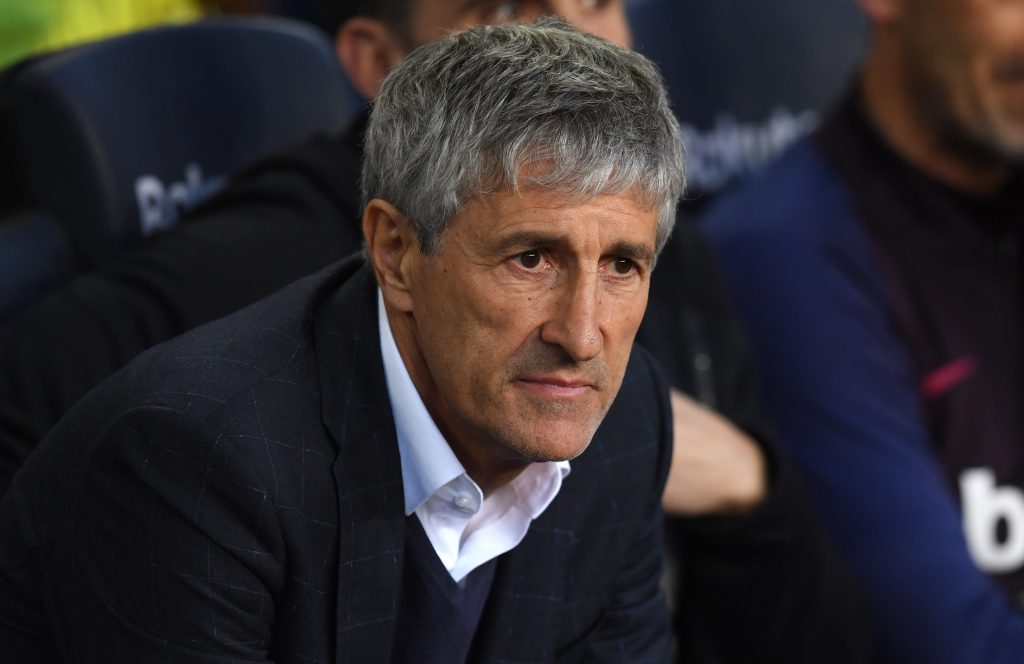 However, soon Neymar decided that his time playing under the shadows of another superstar was over and that prompted him to join Paris Saint-Germain in a record transfer fee. That led the Catalans into buying a replacement in the form of Coutinho, and the result is here for us to see. With PSG signing Kylian Mbappé and the French sensation being the epicentre of the team, it is time for Neymar to return to Barca and be the torchbearer of the club for the foreseeable future.

Is Neymar the immediate solution?

Since the departure of the Brazilian to PSG, the replacement of their star forward has been elusive. Coutinho had not been as effective as the manager would have liked, while Griezmann too had a somewhat disappointing season. Lionel Messi, who has carried this team on his shoulders for the better part of the last decade, is approaching 33 and it is fair to say he will hang up his boots rather sooner than later.

Setién must keep in his mind that it is high time for the Blaugrana to find the right man to lead the attack of the team in the imminent future. Neymar, even with all his flaws, is a world-beater any day and there are hardly any teams who can control the PSG man when in full swing. At 28, the Brazilian still has several good years left in him, something which the Cules can take full advantage of.

‘Levy kicking himself’: Some Spurs fans…

Barcelona’s Ivan Rakitic: “I Want The Best Players To…

GdS: Gordon Singer will be present at crucial…

‘Problem with a coach’: Lukas Podolski…

Report: ‘Brilliant’ Celtic player could be…

Video: The Best of Thiago Silva This Season

Italian Media Claims Juventus Desperate Not To Lose Out…