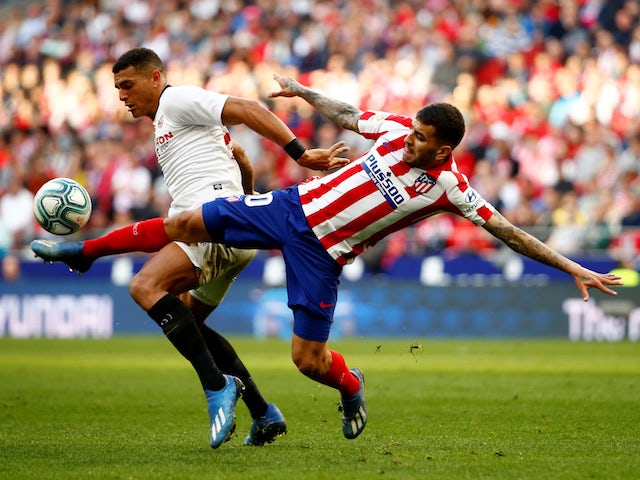 Liverpool are reportedly weighing up a £67m move for Sevilla defender Diego Carlos.

The Reds will allegedly be in the market for a new centre-back this summer with Dejan Lovren widely expected to move on ahead of the 2020-21 campaign, while Joel Matip has also been linked with an exit.

Report claims £50m star will ignore Chelsea as he wants…

Carlos joined Sevilla from Nantes last summer and has been a key figure for his Spanish club this season, making 31 appearances in all competitions, contributing two goals in the process.

According to Marca, Liverpool are interested in signing the Brazilian during this summer’s transfer window, while Sevilla are open to a sale due to the financial impact of the coronavirus outbreak.

The report, though, claims that Julen Lopetegui‘s side will insist that the defender’s €75m (£67m) release clause is met before allowing him to leave the Estadio Ramon.

Barcelona are also believed to be interested in the South American ahead of the upcoming window.

Italian Media Confirms Inter Pull Out Of Race To Sign…

19-year-old deemed an ‘incredible fit’ for…

Opinion: Government’s Decision to Shut Down Ligue 1 Was…

Kylian Mbappe in another round of outrageous flirting…

Tuttosport: Milan happy to sell €32m signing on one…

Le10Sport: PSG turn to Bennacer as Milan eye return of…

SamoTechnology 2 days ago 0
Advertise on SportSeries