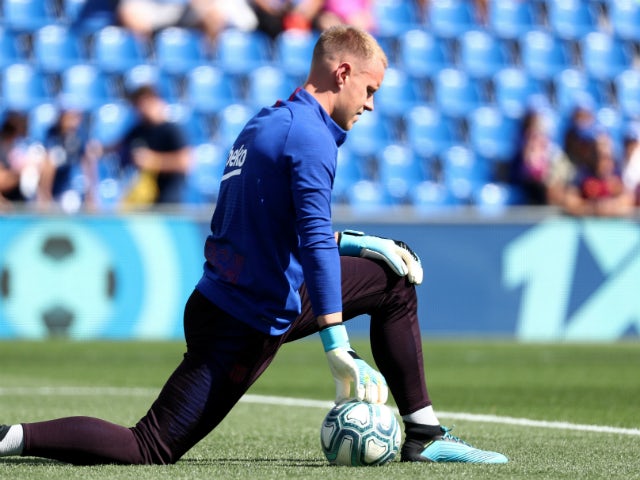 At a time when club officials are trying to map out an improved financial future for the Catalan giants, there has been talk of Ter Stegen contemplating his future at Camp Nou.

Messi: “Football will never be the same after coronavirus”

Report: Tottenham to be pipped by PL rivals in race to land…

Spurs can get ‘new’ version of Mourinho target…

Earlier this month, it was suggested that the Germany international was not close to penning fresh terms as he looked to keep his options open going forward.

However, according to Sport, Barcelona have now made a breakthrough in negotiations, providing the 28-year-old with a deal until the end of the 2024-25 campaign.

While the report adds that an official announcement is expected to made in June, there is every indication that a contract has been all but finalised.

The alleged development comes just days after Bayern Munich, who had been linked with Ter Stegen, revealed that they had secured Manuel Neuer to an extended deal.

Man United season could be defined by two decisions

Spanish Media Report Inter Not Backing Down From €111M…

CorSport: Milan have two cards to play as they dream of…

Mikel Arteta Keen On Signing This French Whizkid: A…

Tuttosport: How Milan could line up without Ibrahimovic…

Arsenal may have just been handed potential Aubameyang…

‘A travesty if true’: Some Arsenal fans…

Inter & PSG Hoping To Wrap Up Deal For Mauro Icardi…

Sancho ‘feeling the pressure’ amid Man…